Panel
Magazines and Ezines: What you need to know

Magazines are everywhere. It seems as if they must be starving for content, but they don’t make it easy to for writers to contribute. In fact, they can be downright secretive about the process.

Not all magazines pay well; some do not all pay at all.  But sometimes the article practically writes itself, and other times the resume credit is worth the effort, even if the money does not fit.  And sometimes there are other valuable perks that you might not have considered.

Our expert panel will discuss:
– How to get the attention of magazines
– How to contact the magazines
– What they look for
– A calendar of upcoming topics
– What to submit
– What not to do
– How to protect your work
– Perks associated with magazine writing
– Answers to your own questions

If you have ideas, here’s where they can find a home. 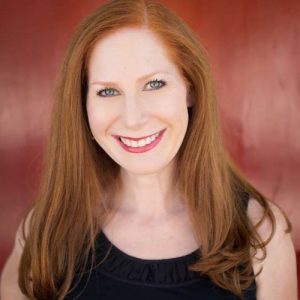 MICHELE RAPHAEL is the co-founder with David Lott of Angels Flight • literary west, a new, L.A.- based literary, arts and culture journal.

Previously, Michele was a staff writer and columnist for the Los Angeles Times, a features editor for latimes.com, and director of publications for the Norman Lear Center. She has written for Glamour, Quartz, Variety, The Huffington Post, Billboard and Los Angeles Review of Books, among other publications. She holds an MA in journalism from USC. 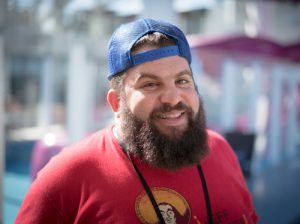 He’s also written about everything from Britney Spears to ventriloquism for many, many publications including Billboard, The Los Angeles Times, Variety, and Maxim, and is the bandleader for the world’s first indie-rock tribute band, Black Crystal Wolf Kids.

You can learn more about Jeff at facebook.com/JournalistJeffMiller. 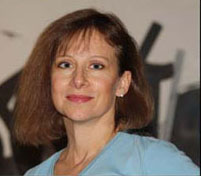 She has written cover stories for Wired and Entertainment Weekly, and was a staff writer and editor at The Hollywood Reporter, exiting in 2008 from her position as VP and Executive Editor. In the ensuing years, she launched TheEquestrianNews.com and MaxTheTrax.com.

Author of the book “Titanic and the Making of James Cameron,” Parisi currently serves as Director of Events & Marketing at TheWrap.

JAMIE WOLF is a journalist, editor and photographer who is also an executive producer of documentary films. For many years she’s been actively involved with PEN Center USA, which represents the world-wide writers’ organization PEN International in the western United States; she was first a member of the Board and now serves as vice president for the Center.

Wolf was one of the original group of editors at The Washington Monthly; she has written about politics and other subjects for that magazine as well as for Harper’s; The New Yorker; New West; American Film;The Los Angeles Times Magazine; Los Angeles Magazine, for whom she was a contributing writer; and The LA Weekly, for whom she covered the Howard Dean campaign; and also for MotherJones.com. She was one of the founding board members of the on-line publication The Los Angeles Review of Books. Her two-part series about the long career of then-Congressman Howard Berman appeared in LARB in the fall of 2012, and can be accessed here and here.

Wolf’s essay dealing with parenthood and grown children, “The Shoes in the Hall,” appeared in the anthology “The Empty Nest,” published by Hyperion in 2007. Her photographs of urban landscapes have been published in DoubleTake magazine and exhibited in Washington, D.C., and in Los Angeles. She’s a member of Impact Partners, a documentary producing consortium. Independently, she has executive-produced “Open Secret,” a documentary by Steve Lickteig, which aired several times on Al Jazeera America in the fall of 20013, and “Born This Way,” by Shaun Kadlec and Deb Tullman, which won the Best Documentary prize at Los Angeles’ Outfest film festival in July of 2013, and was aired on KCET-link last December.

Together with Geralyn Dreyfous she executive produced,“ Compared to What: The Improbable Journey of Barney Frank,” which debuted at Tribeca in the spring of 2014, went on to become a staff pick and the winner of the documentary award at San Francisco’s Frameline festival in June of 20014 and aired on Showtime in October of last year. Also together with Geralyn, she executive-produced the documentary “Dogtown Redemption,” directed by Amir Soltani, which made its debut at the Mill Valley Film Festival in October of 2015, where it won the Silver Audience Award; it will be broadcast on PBS’ Independent Lens this year. Wolf is an executive producer of Laura Gabbert’s documentary “City of Gold,” which debuted at the Sundance Film Festival in 2015 and is currently showing theatrically; she is also an executive producer of “Newtown,” a documentary by Kim Snyder that was shown at Sundance this year, and is scheduled to be shown on Independent Lens this coming summer, and of “Audrey and Daisy,” directed by Jon Shenk and Bonnie Cohen, which will premiere globally in 2016 under the Netflix Original banner.

A former three-term president of the Los Angeles Film Critics Association, Simon has worked with AFI Fest, and served on festival juries at City of Lights, City of Angels (COLCOA), Method Fest and more, and in 2007-08, his play “Pulp College” was produced Off Broadway.