Seminar
Love the Ones You Hate — Creating Appealing Flawed Characters 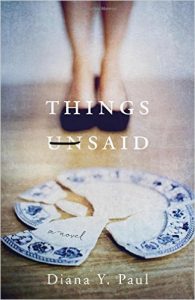 Diana Paul will be giving a few examples of flawed characters from her novel, “Things Unsaid,” and discussing their importance for the structure of the novel. In addition to examples from her novel, she will use “Olive Kitteridge” (Elizabeth Strout) and “Dinner at the Homesick Restaurant” (Anne Tyler) and their use of character flaws. In a workshop format, Diana Paul encourages all participants to read from their own writing or from some of their favorite authors so we can open the discussion on characters we love to hate.

A good story is all about character. And plot is also character. How do you combine and interweave the two?

Some of the areas of discussion:

I. Negative Feelings can make the story compelling.
Building character profiles: what flaws work for the protagonist and for the antagonist?

II. Saints and easy solutions leading to happy endings can be forgettable and even boring.
Endings and Beginnings depend on each other. Flaws and problems drive the character and plot.

III. The challenge for the writer is to pull in the reader via characters’ imperfections.
What backstory explains the character’s flaws? Understanding the psychology of all major characters’ behavior.

IV. Going too far. Like a joke taken to the extreme.
Certain flaws are tool objectionable and unsympathetic; no longer a flaw but a psychosis.

V. Contrasts between positive and negative traits work best when not absolutes, but fluid and impermanent.
Examples from favorite books: how the character must change.

Assignment: Bring at least one example of a flawed character to discuss. This example can be from a novel or from your original writing.

Recommended online reading:
1) by Angela Ackerman. If you like this article Angela’s book is “The Negative Trait Thesaurus: A Writer’s Guide to Character Flaws”

2) Diana Paul’s column on being a writer – Chronicle of First Words – for the “San Diego Book Review” at SanDiegoBookReview.com/blog/first-words. The posts should be read in consecutive order, but if there isn’t time, just read the article on “Flawed Characters.” 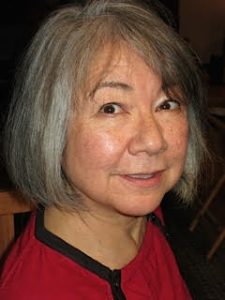 DIANA Y. PAUL, born in Akron, Ohio, is a graduate of Northwestern University, with a degree in both psychology and philosophy, and of the University of Wisconsin–Madison, with a PhD in Buddhist Studies.

Her debut novel, “Things Unsaid” (She Writes Press, 2015), has been ranked #2 in the “Top 14 Books about Families Crazier Than Yours” and was nominated for a Pushcart Prize.

A former Stanford University professor, she is also the author of three books on Buddhism, one of which has been translated into Japanese and German (Women in Buddhism, University of California Press).

Her short stories have appeared in a number of literary journals and she is currently working on a second novel, “A Perfect Match.”

Diana lives in Carmel, CA with her husband, Doug, and their white-and-grey calico, Mao. She and Doug enjoy visiting their two adult children, Maya Miller (San Francisco) and Keith Paul (Los Angeles), as often as they can.

To learn more about her and her work, visit her author website at DianaYPaul.com and her blog on movies, art, and food at UnhealedWound.com or follow her on Twitter: @DianaPaul10.