Panel
The Essay: Art and Attitude

Written essays have always been a creative way to express views and test the waters for larger pieces. Many have become the framework for much of social communication. Now, with the advent of the digital age, essays have taken on a new and in some ways bolder life. Not only are they published in magazines and compilations, but the essay also lives in blogs and other social media.

As Aldous Huxley once said, “Like the novel, the (written) essay is a literary device for saying almost everything about almost anything.”

We will take a lively look at how it has evolved recently and what several very accomplished writers have done with the form. 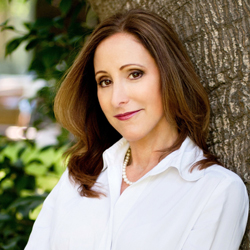 LESLIE LEHR is a prize-winning author, essayist and screenwriter. Her novel “What A Mother Knows” follows “Wife Goes On,” “66 Laps,” and three nonfiction books. Her essays appear in the New York Times, Huffington Post, and have been praised on the Today Show. She contributed to “Mommy Wars,” “The Honeymoon’s Over,” “On Becoming Fearless,” and blogs on writing at GirlfriendsBookClub.org. Lehr mentors writers privately and for Truby Writers Studio.

A USC Cinematic Arts grad with an MFA from Antioch, she’s taught at the Writers Program at UCLA and Story Expo. 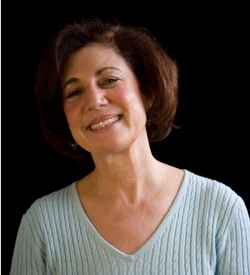 NOELLE OXENHANDLER‘s essays have appeared in many national and literary magazines, including The New Yorker, The New York Times Magazine, The San Francisco Chronicle, VOGUE, Tricycle, “O” the OPRAH Magazine, and Parabola. They have been frequently anthologized, included in “The Best Spiritual Essays of the Year” collections, and listed in “The Best Essays of the Year” series.

She is the author of three non-fiction books: “A Grief Out of Season” (Little Brown); “The Eros of Parenthood” (St. Martin’s); and “The Wishing Year: A House, A Man, My Soul“(Random House).

She is a full-time member of the English Department at Sonoma State University, where she teaches Creative Non-fiction, and exults in the beauty of the Wine Country. 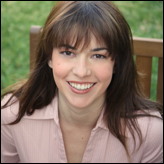 TONILYN HORNUNG is the author of “How to Raise a Husband: A Whole Bunch of Ways to Build a Strong and Happy Marriage.”

She has been interviewed for numerous television and radio shows, discussing her knowledge of relationships, marriage, and baby spit-up. Her essays can be read in regional and national newspapers and such magazines as Redbook, Today’s Woman, and Pregnancy and Newborn.

Tonilyn lives in LA with her two smart Border Collies, her one sassy kitty, her one supportive husband, her one new baby boy, and never enough closet space.

OUR MODERATOR:
LITA BARRIE is an L.A-based art critic and essayist who currently writes for Huffington Post,
Artweek L.A and is aggregated in Painters Table and Art Agenda. Originally from New
Zealand, she is the recipient of four Queen Elizabeth II Arts Council Grants for art
writing. She is the author of numerous museum and art gallery catalog essays. In
New Zealand she wrote a weekly art column for the New Zealand National Business
Review and contributed to many art magazines. In L.A she taught composition at Cal
State University L.A and aesthetic philosophy at Claremont Graduate University, Otis
and Art Center.