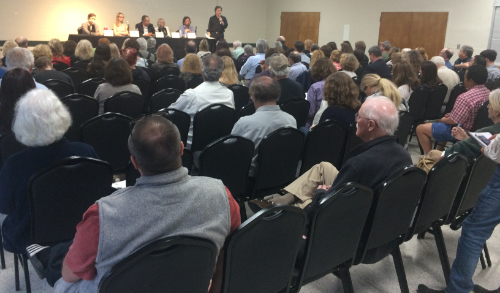 If you are a writer, come join us — and tell a friend! 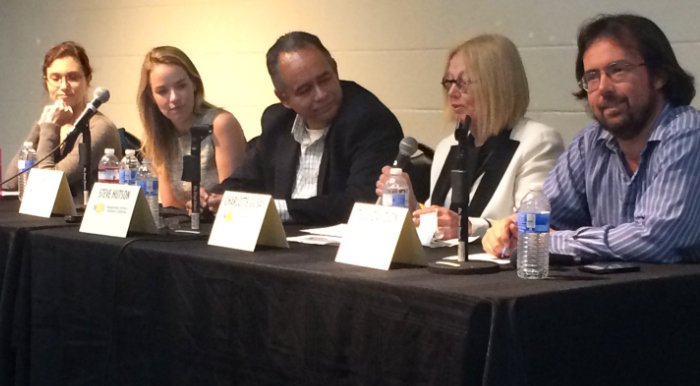 In her time at Verve, she has spearheaded the agency’s ever-expanding presence in the book space, finding ways to source and package IP for Verve’s impressive roster of author, screenwriter, director, and producer clients.Sara was also previously involved in building out the agency’s sales and packaging division alongside Amy Beecroft.

Sara currently represents such talents as Tim Talbott (screenwriter of The Stanford Prison Experiment), Andrew Cosby (graphic novelist, screenwriter, and co-founder of BOOM! Studios), and Susan Fowler (author, engineer, and blogger who wrote the explosive blog post that exposed Uber for practicing sexual harassment and discrimination), to name a few. She is passionate about finding ways for the company to grow and evolve and has found much success with this entrepreneurial spirit.

Sara’s company website is: Verve — a talent and literary agency.

Steve Hutson is a native of Los Angeles, a child of the sixties, and a storyteller almost from birth. (He’s convinced that the Wimpy Kid books are based on his childhood, but he can’t prove it.)

After several years of freelance editing and directing a writers’ conference, he branched out as a literary agent in early 2011.

KARI SUTHERLAND — Bradford Literary Associates Kari Sutherland joined the Bradford Literary Agency in 2017 after a decade of experience in publishing from the editorial side. While at HarperCollins Children’s Books, she worked with bestselling and critically acclaimed authors on projects such as the #1 New York Times bestselling Red Queen by Victoria Aveyard and the #1 New York Times bestselling Pretty Little Liars series by Sara Shepard. With her editorial insight and experience with the entire publishing process, Kari is passionate about helping to polish each manuscript and equip her clients for success.

Open to genres from picture books through adult, Kari is most interested in finding stories full of heart; ones that carry readers to faraway places or deep into a character’s mind; action-packed page-turners that surprise her; dark dramas with touches of humor; and, above all, a voice that leaps off the page. She is actively seeking diverse voices across all genres.

Literary Agent Charlotte Gusay’s love of the literary has deep roots. She has come to be known as the “Diane Keaton” of agents — eclectic, quality, and very selective in choosing projects to represent.

Founded on the basis of her hands-on experience in the book business (as a bookseller for many years,) Charlotte Gusay (founder-owner) represents both fiction and nonfiction books, entertainment rights, books to film, selected screenplays and screenwriters and she often partners with WGA film agents.

The Charlotte Gusay Literary Agency is looking for those books — both fiction and nonfiction that are both quality and commercial. For example, the Agency is particularly interested in innovative, unusual, eclectic, literary, historical, humorous books and those on any issues or topics, timely or socially important. Selection always comes down to the writing. The writing must be superb; the voice, seductive.

Moderator:
TELLY DAVIDSON just came out with his newest book, Culture War, which has attracted rave reviews from critics as wide-ranging as John Powers, David Frum, and PBS’ Book View Now. Telly was senior film and TV reviewer for bestselling pundit David Frum’s FrumForum from 2009-12, has written about movies, TV, and music for FilmStew, 213 Magazine, iF Monthly, Entertainment Today, Guitar Player, AllAboutJazz, The American Conservative, and Attn.com.He also wrote the Emmy-cited media tie-in TV’s Grooviest Variety Shows, works alongside top indie film producer’s rep Jeff Porter of Porter Pictures on the placement of independent films, and worked in the past on TV specials for NBC and PBS, including the Emmy-nominated Pioneers of Television. 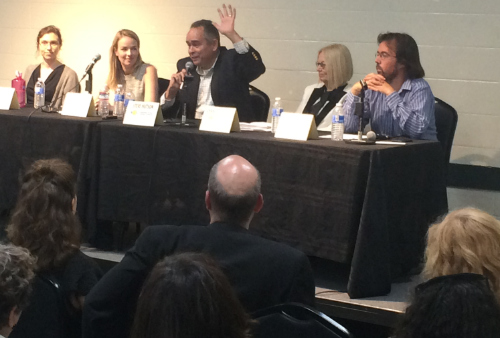