There is no shortage of screenplays in Los Angeles.  But what does it take to get your project noticed? A High Concept film is a great way to spark the attention of important people.

Find out from someone who has done it – numerous times.  Seminar presenter Steve Kaire has the answers. 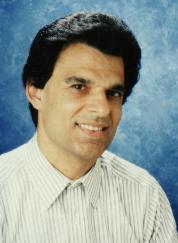 STEVE KAIRE is a screenwriter/pitchman who has sold and/or optioned eight projects to major studios including Columbia, Warner Brothers, United Artists and Interscope.  All were sold on spec without representation. He is co-producing the last project he sold, for Walden Media.  A screenwriter for over 30 years, he holds a Master’s in Dramatic Writing and has taught writing classes at the American Film Institute. Steve is a sought-after speaker on the lecture circuit and was featured on the Tonight Show’s “Pitching to America.” He was voted a Star Speaker at Screenwriters Expo three times. His unique CD, “High Concept – How to Create, Pitch & Sell to Hollywood,” is a bestseller.