Panel
Everybody’s a Critic!
How To Get Your Projects Noticed By Top Critics — And How To Become One Yourself!

How does a book writer, artist, performer/musician, or filmmaker get noticed by professional critics and bloggers, in today’s cacophony of 500 channels, Netflix, and YouTube — especially if they’re small-press, self-published, or an “indie” filmmaker or performer? And just as important, what qualities do critics want to see (and avoid!) in what they’re reviewing? What sets paid/professional film, TV, book, and arts criticism apart in today’s world of Facebook, Myspace, Twitter, Goodreads, Pinterest, and Blogspot “film critics” and “political commentators?” What is the ROLE of the professional critic in today’s society — and can you become one yourself?

And how has the demographics/diversity explosion changed the mandate for what films, books, and TV must address, in today’s highly charged media climate? What are the ethics behind “fair” and “unfair” reviewing — and are book, music, and movie reviews doomed to a future of either blathering talk-talk about critics’ personal lives or short, terse, “thumbs-up / thumbs-down” reviews of rotten tomatoes and television without pity?

In concert with our October 17 Saturday Seminar on “How to Get Your Work Noticed,” IWOSC is presenting a full panel of top critics from Book, Film/TV, Music, and Performing Arts Criticism to address these issues and more — and to take your questions from the audience.

TELLY DAVIDSON (moderator/panelist) has been an active IWOSCan for the past decade-plus, having hosted or appeared on previous panels on Trends in Publishing, Literary Agents, Books-to-Film, and Covering the Celebrity Beat.

Telly was senior film and TV reviewer for bestselling pundit David Frum’s FrumForum from 2009-12, has reviewed movies and TV and conducted interviews for FilmStew, 213 Magazine, iF Monthly, Entertainment Today, Guitar Player, All About Jazz, and has worked on TV specials for NBC and PBS including The WRITE Environment and Pioneers of Television.

He currently works with top producer’s rep Jeff Porter of Porter Pictures on the placement of independent films, is the author of the Emmy magazine-cited TV’s Grooviest Variety Shows and is completing a new book on pop culture and politics to hopefully be published next year, tentatively titled CULTURE WAR.

A former three-term president of the Los Angeles Film Critics Association, Simon has worked with AFI Fest, and served on festival juries at City of Lights, City of Angels (COLCOA), Method Fest and more, and in 2007-08, his play “Pulp College” was produced Off Broadway.

You can see his blog at shareddarkness.com and “Meet the Critic”
Twitter: @SharedDarkness 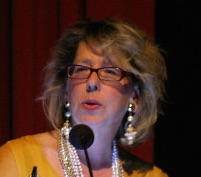 DEBRA LEVINE is editor/publisher of arts•meme, the fine arts blog she founded in 2008.

In January 2016, Debra will curate and host ALL THAT JACK (COLE), a 20-film retrospective at the Museum of Modern Art in New York. On Turner Classic Movies, she co-hosted, with Robert Osborne, “Choreography by Jack Cole,” a full-evening broadcast featuring four classic dance films.

DAN SCHINDEL is one of LA’s newest and youngest film and TV/DVD experts — he spent an entire year watching and reviewing a new documentary every day, and it became a blog originally titled “Days of Docs.”

You can relive his “days of docs” — as well as get the latest on all sorts of current big-name film and TV titles, at DanSchindel.com.

ERIKA SCHICKEL returns to our panel, having served alongside the likes of Digby Diehl and Steve Wasserman on past IWOSC panels.

The daughter of legendary film, TV, and book critic (and Friend of IWOSC) Richard Schickel, Erika is a writer, mother, teacher, author, journalist, essayist, and “opinion-atrix” whose writing has appeared in the LA Review of Books, LA Observed, City Beat, LA Weekly, and many other online and print publications and op-ed pages.

Erika is the author of You’re Not the Boss of Me: Adventures of a Modern Mom, and is currently finishing her second book, The Big Hurt, a “memoir of romance in a post-romantic age.”

A former actress and performance artist herself, Erika has worked extensively in theatre, TV, radio, and film.

You can get to know her at: ErikaSchickel.com and @schickity