Seminar
Pitching For Film and TV
with Pilar Alessandra, The ‘Script Whisperer’

Pitch quickly and avoid producer tune-out. Returning presenter Pilar Alessandra offers written templates that help writers define the key elements of their screenplay or television series. Writers learn to pitch their ideas in a brief, concise and entertaining manner that emphasizes the hook and eliminates “writer-babble.” 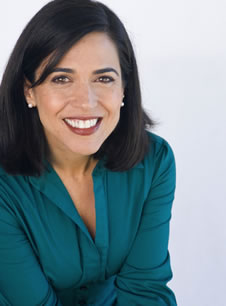 PILAR ALESSANDRA is director of the Los Angeles writers’ studio On the Page®, host of the popular “On the Page” Podcast and author of “The Coffee Break Screenwriter.” Pilar has read and analyzed thousands of scripts for companies such as DreamWorks, ImageMovers, Radar Pictures and the Robert Evans Company. Her students and clients are working writers and producers who have written for “The Walking Dead,” “Lost,” “House of Lies,” “Nip/Tuck” and “Family Guy.” They’ve sold features and pitches to Warner Bros, DreamWorks, Disney and Sony and have won the prestigious Nicholl Fellowship and Austin Screenwriting Competition. Pilar has traveled the world teaching and has trained writers at ABC/Disney, CBS, Nickelodeon, the Los Angeles Film School and more. Pilar was named “The Script Whisperer” by Script Magazine and, in 2011 was one of LA Weekly’s top 100 people.