There’s an oft-told story that Michelangelo, when asked how he could possibly create a statue as beautiful as David from a block of marble, answered, “I simply chip away everything that’s not David.”

As writers, we don’t start with a block of marble. If we want to get at the beautiful work of art, what do we do?

As our presenter, Deborah Edler Brown, will explain, we have to “write” the marble, then chip away at it.

Join us on Saturday, May 16, for an interactive class that will help us hone our words. Bring writing materials. 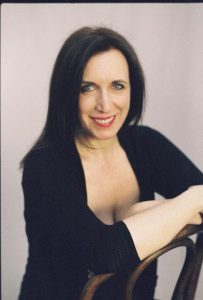 We welcome a return visit from Deborah Edler Brown, an award-winning poet and journalist, performer and storyteller, author and teacher. Her work has appeared in various anthologies and in such journals as Nimrod, Kalliope, Trump, MagnaPoets, LoudMouth, Falling Star, Radius and PoeticDiversity.

She was a long-time reporter for Time magazine and is co-author of “Grandparents as Parents: A Survival Guide to Raising a Second Family.” Deborah was also the 1997 Head-to-Head Haiku Champion, a member of the 1998 Los Angeles National Poetry Slam Team, and a performer on the 2000 Slam America Bus Tour.

A well-known voice on the Los Angeles poetry scene, Deborah has told stories and poems in libraries, bars, theaters, and bookstores across the country. She holds a degree in Creative Writing from Brown University and was the 2005 recipient of Kalliope’s Sue Saniel Elkind poetry prize. Her story, “Such Stuff as Dreams,” was recently nominated for a Pushcart Prize in Fiction.

Deborah has been teaching private creative writing workshops since 2005. And by day, she makes readers through the adult education division of LAUSD.

Her passion for words — written, spoken, and read — infuse everything she does. After all, as she likes to say, “Mere words make magic.”