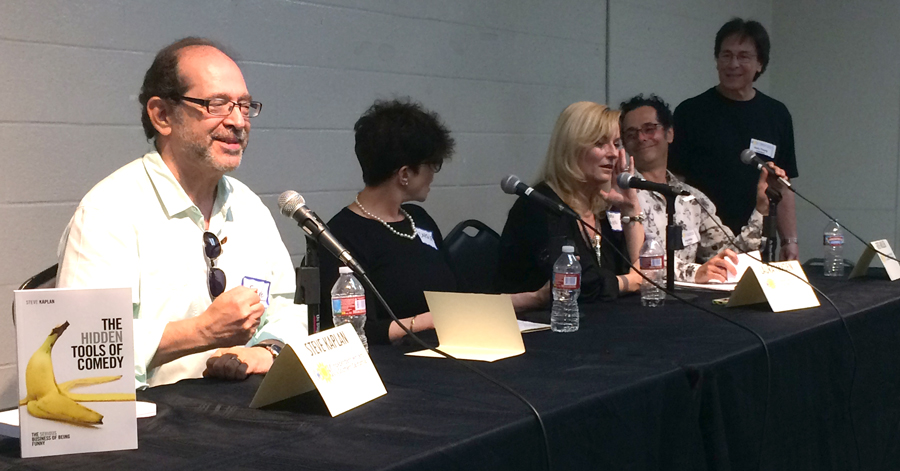 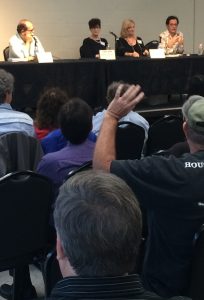 About this writer’s panel

We’ll discuss multiple comic styles and comedy formats (TV, standup, essay, etc.), how to get more laughs, lighten up, and create comedy on a structural level with topics including: 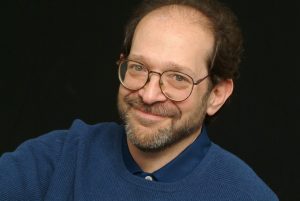 STEVE KAPLAN
For years, Steve Kaplan has been the industry’s most sought-after expert on comedy. Besides teaching at UCLA, NYU, Yale and other top universities, Steve created the HBO Workspace and New Writers Program and was co-founder of Manhattan Punch Line Theatre. He has worked with such companies as Dreamworks, Disney, HBO, Aardman Animation, and his book, The Hidden Tools of Comedy, a best seller on Amazon.com and Kindle, has been translated into Russian, French and Chinese. (I’m sure there’s a joke in there, somewhere.) Steve has been teaching his Comedy Intensive workshops around the world to thousands of students, with workshops scheduled in Los Angeles, Denver, Chicago, London, Munich and Tel Aviv, and is working on his next book, The Comic Hero’s Journey. 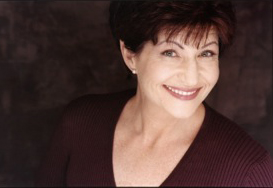 CARRIE SNOW
Carrie Snow is a Berkeley grad/comic/writer who has been doing standup for 39 years, almost got a talk show, wrote for Roseanne, got fired by Roseanne, was featured in The Aristocrats, did a solo show called 7,000 Sailors Can’t Be Wrong, then got published and married, both for the first time, just four years ago.

Carrie pulls her essays out like the tapeworm she dreamt of as a chubby little girl. The title of her allegedly forthcoming memoir is My Mom Is Meaner Than Your Mom. 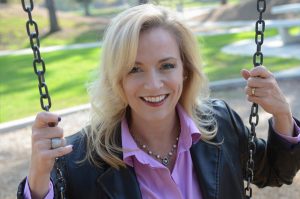 LAURA HAYDEN
Laura is like radioactive plutonium; calm, cool and collected until comedy took over her life. On top of numerous radio, TV and podcasts appearances she just finished up a month of performances in Scotland at the Edinburgh Fringe Festival.Her solo show I Didn’t Mean to be a Virgin in the 80s was a hit with everyone lucky enough to see it. Laura has already been invited back to perform at the Fringe Festival again for a 7th year. In December Laura will head overseas for the 6th time to entertain the troops.

Laura is also currently working on her second book, turning her dissertation (yes officially she is Dr. Laura, but not THAT Dr. Laura) into a speaker platform to help heal the world with the power of levity. Laugh more! Doctor’s orders! 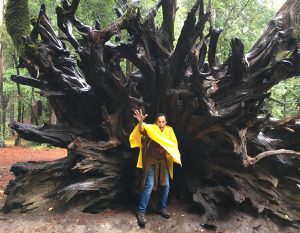 Moderator: GREG MILLER
Greg is a writer and creative consultant who helps other writers write. He co-created and produced the seminal LA story-based comedy show Un-Cabaret on stage, on Sirius XM, Audible and Pandora, and on TV for Comedy Central, working with a who’s who of progressive comedians including Bob Odenkirk, Margaret Cho, Patton Oswalt, Merrill Markoe and many more.

He is the author of How To Be A Writer Who Writes and Miller’s Compendium of Timeless Tools for the Modern Writer, both available on Amazon Kindle. He blogs and coaches through OtherNetwork.com.

“The Comedy Writing (and Wronging) presentation was pure fun for me.
The comments by the speakers were insightful and inspiring.
I came away with practical tips and topical ideas for my cartoons!)”
~ David Endelman, Cartoonist,
Ventura County Satellite attendee who carpooled to this meeting 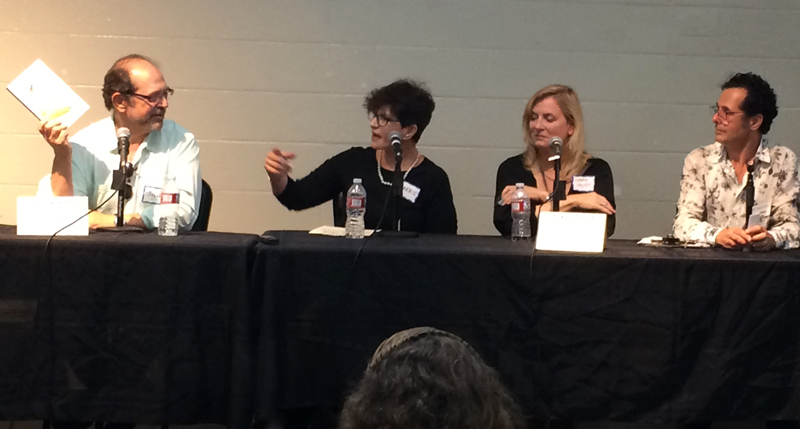